Belts not only serve their purpose to keep our pants up, but they also function as a fashionable accessory. Most men already own a standard black and brown leather belt. 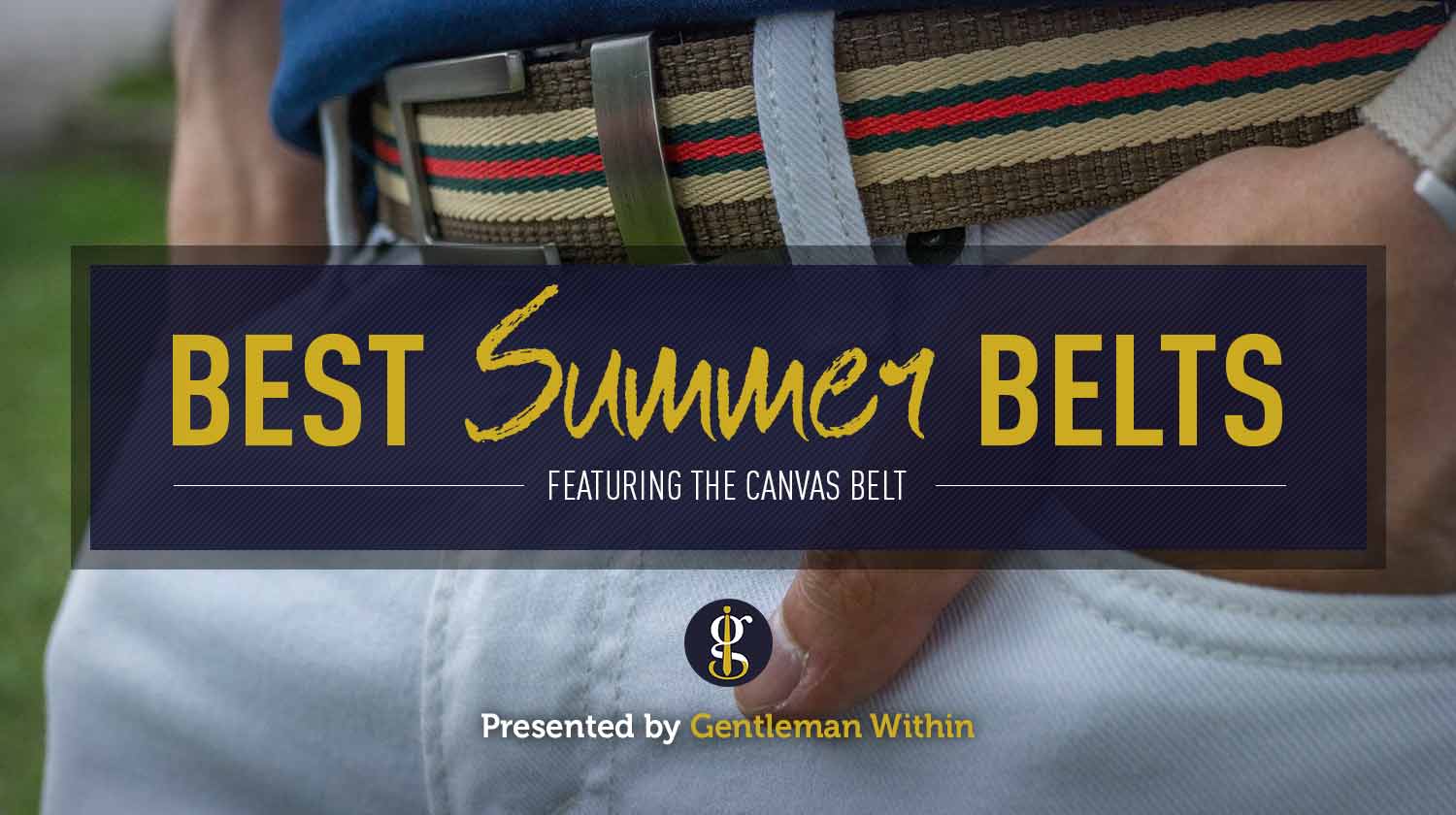 When guys start delving into the world of men’s style, they discover that there are other options, particularly the more relaxed, yet versatile canvas belts. I’m a fan of this kind of belt because it’s stylish, casual and an ideal everyday summer accessory.

You can check out the video below which features Anson Belt & Buckle, a family owned company that sells dress and casual leather belts as well as canvas/cloth options. I’ve been wearing their belts since discovering them at a style conference called Menfluential (the conference is no longer ongoing) in 2016.

I’d say most of the time I’m rocking an Anson Belt. Over the past four and a half years, I’ve been able to get to know David, the co-founder of Anson Belt & Buckle. He even contributed to my roundup post on 57 Reasons To Be A Modern-Day Gentleman when I first launched the blog.

David was kind enough to send over a few belts so that I could demonstrate how they work and share some of the advantages of wearing Anson belts. Check out the Anson Belt review and visual demonstration below.

In this article, I’m going to show you a few visual examples of how I’ve been styling canvas belts in the summertime and how you can too.

The woven cloth belt is one of my favorites. Aside from my Anson belts, this woven belt (from Old Navy I believe) in beige gets heavy rotation this time of year because it pairs so easily with most of my casual summer getups.

I think every man should have at least one cloth, D-Ring belt in his arsenal. This belt in particular is called a D-Ring belt because the metal is in the shape of the letter “D”. It has brown leather accents at both ends of the belt and a thick, textured weave that makes for a casual, cool summer aesthetic.

You can wear one with jeans or with shorts and boat shoes or with sneakers. Feel free to match your belt with the color of your shoes, but it’s not a hard and fast rule. Cloth belts like the one above lean casual, so it’s not necessary to match colors like you would with a more formal leather belt and dress shoes. 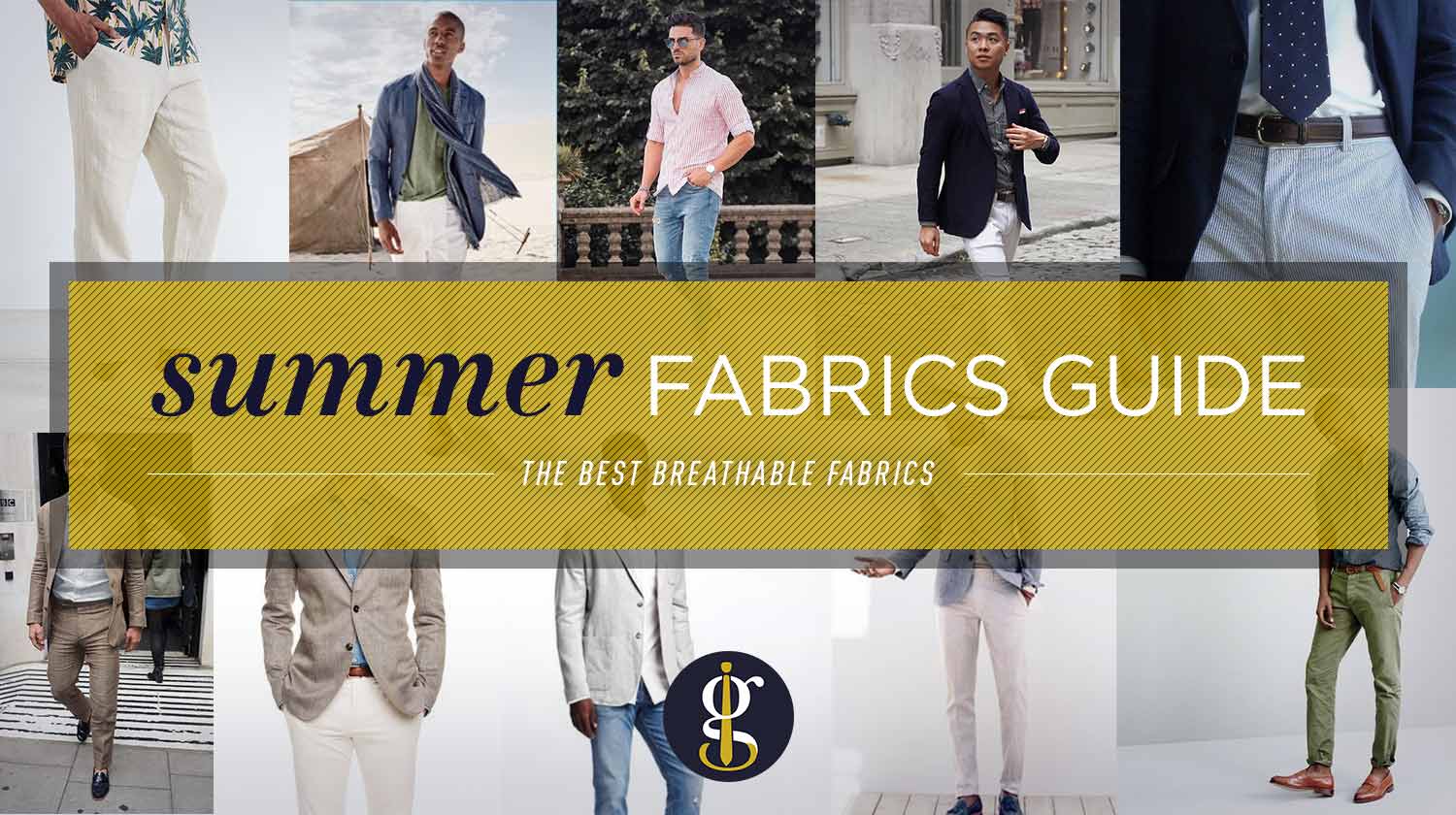 A second type casual belt that’s good for any man to have is a webbed cloth belt with stripes in a color that’s in-line with your overall look. I like the navy and red combination particularly because it’s got a nautical, preppy vibes that adds a little pop of color to otherwise neutral summer getups.

Since the belt has a preppy aesthetic, I’ll sometimes wear it with a blazer, and I think it works well because it dresses down the outfit, making the blazer more appropriate with shorts and the whole summer vibe.

You can rock it with boat shoes or with sneakers, a polo shirt or a patterned button up. For bonus points, match the accent color of the belt to another color that you’re wearing, for example the red trim on my pocket square in the image above.

Though I still own and wear regular canvas belts — over the past three and a half years — I’ve been leaning towards the ratchet belt. If you don’t know, it’s a micro-adjustable belt without any holes. There are many benefits to this type of belt.

If you’re like me then you tend to fall between the belt holes, it’s either a bit too loose or a bit too tight. With a ratchet belt, this is no longer an issue because the mechanism allows you to micro-adjust to a quarter of an inch, so you’ll always have the right size, even if your waistline fluctuates throughout the day, say after that big dinner you just had.

Canvas and cloth belts are an essential for summer. They’re both casual and fun. Similar to my blazer color recommendations, the colors I recommend for your first canvas belt would be either navy or gray. Not only are they subtle, but they are two of the most versatile colors in menswear that will go with a variety of different looks.

Here, the navy strap picks up some of the blues from the shirt while playing nicely with the tan shorts. Navy and brown remain two of my favorite color combinations for their universal appeal and versatility.

The navy strap is a perfect match with the navy boat shoes. It’s nice to match ’em, but it’s not critical when it comes to canvas belts, since they are much more casual than leather. Of course you know the rule of thumb to always try to match the leather shade of your shoes to the leather of your belt.

I went with canvas on canvas action with the belt and watch strap. And in this case, I used the canvas belt to dress down the more formal blazer, making for a casually cool summer look.

For this next look, I opted for the gray (graphite) canvas belt with their traditional, now iconic Anson “A” belt buckle in gun-metal. I paired it with the casual J.Crew Nike Killshot 2 sneakers, a breton striped shirt and patriotic, striped canvas watch strap for a classic, nautical, “prepster” kind of vibe.

This is one of my favorite belt straps at the moment because of how versatile it is. I can wear it casually with a light sweater and a polo and with a silver or gold buckle.

Grey is the neutral of all neutral colors and though it may seem like a boring color is the perfect accompaniment to any summer look because it serves as a good base to build an outfit around.

This final belt is a green-red striped canvas strap belt with a cloth trim. A striped belt is a great way to add a little pop of color to your look. It’s more fun than a neutral colored canvas belt like the navy and gray above.

If you’re rocking a striped belt, it would serve you well to keep the rest of your outfit more subdued since you wouldn’t want too many pieces competing for attention.

I like this belt because the green and red are grounded by the neutral, earthy colors so it doesn’t look like full on Christmas up in here. It’s a little bit reminiscent of the iconic Gucci stripe web belt.

If you’re a man of details, (which I am sure you are) then you can play the mix and match game like I did. Just like the belt and watch combos above, I matched the buckle to the bezel. In this case a matte finish silver buckle to the bezel of the watch. Clean and supreme.

Press play and scroll through the above for more on Anson Belt & Buckle.

Canvas belts are as versatile as they are stylish. Whether you’re rocking with Anson or not, cloth and canvas belts are the best summer belts that complement a myriad of casual summer outfits.

I hope this article helped to show you how you can style the canvas belt this summer. 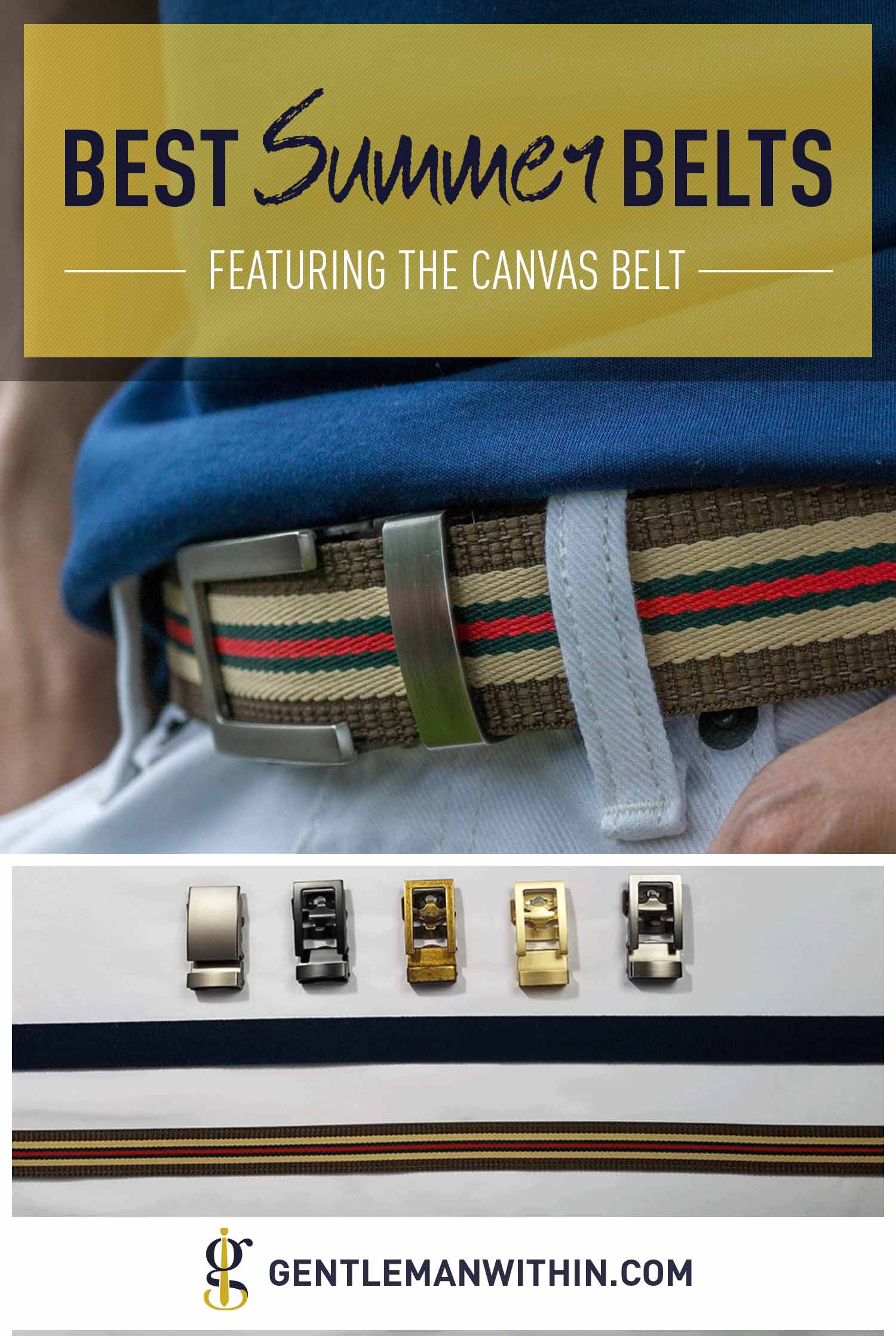 ARE CANVAS BELTS A PART OF YOUR SUMMER WARDROBE?

Looking forward to seeing you in there.